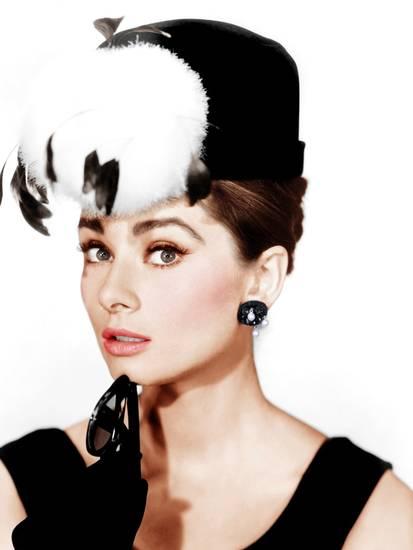 My Estella has long known of GSL's ambition to make the Groundhog's Day pilgrimage to Western Pennsylvania donning stovepipe lid and hip-flask of cask strength bourbon for 6am curtain like the gentlemen below:


Now back to Our Dear Audrey and that exquisitely charming showcase she's best remembered for: Breakfast at Tiffany's that certainly had a few flaws and strayed quite a bit from Truman Capote's novella yet the movie remains one of the most beloved works of Visual Art of the 20th Century and why is that? Well, of course it's Audrey whose luminous screen presence eclipsed every other actress (or actor) in the history of the medium. Her presence was so singularly powerful she overwhelmed any story-line.  If you had to describe her in a word what would it be? Beautiful?Glamorous? Elegant?  Well yes of course all three but none quite get it do they.  Grace Kelly, Elizabeth Taylor, and Rita Hayworth were beautiful, glamorous, and elegant but all fell short of Audrey in one key aspect allowing them to play characters quite apart from themselves. You must ascend to a higher realm to best capture Audrey Hepburn.  It's a realm both men and women appreciate mostly on a subconscious level. Audrey Hepburn was, first and foremost, Lovely and most beautiful, glamorous, and sexy women are not. Lovely is an aspect that exceeds beauty and glamour because it never fades nor recedes with familiarity. A Lovely young woman of 22 is even Lovelier at 62 and still more at 82.  Audrey's presence was so powerful because in addition to being Lovely she was also beautiful, glamorous, and elegant which only enhanced how Lovely she was.

Marilyn Monroe was who Truman Capote and director Blake Edwards thought best suited for the role and she was if a faithful adaptation was paramount. Nobody that watches Breakfast at Tiffany's thinks for a moment that the AH Holly Golightly is really a call girl fucking disgusting old men for money and we all know Marilyn would have vast empirical knowledge to draw from.  Director Blake Edwards wisely doesn't even touch on this absurdity (no silly, the $50 for the powder room isn't a sordid transaction).  The Loveliness of Audrey Hepburn carries over to Holly Golightly prompting Gallantry in better men.  Gallantry is the even more rare male counterpart of Loveliness.

GSL
From the School they tore down before they built the Old School. The Flower of Anglo-Saxon Chivalry, Loves a Hot Piece of Sass, One Man Gang, Lives off the Fat of the Land. Mongeese study his Moves on Youtube, Man About Town, Soccer Mom Catnip, Impresario, Stage Door Johnny, Answers only to High Callings, Ex-Paratrooper and Combat Veteran.

Roaming the heath near the 55th Parallel (click image)

Hugh Grant (this is what "simple, creamy, English charm" looks like